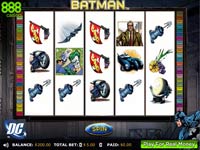 The Batman Reel Slots: In this beautifully designed reel slots game, Batman is fighting against the joker for control of Gotham city. This slot machine style game has 5 reels and an unbelievable 50 pay-lines! I know that sounds amazing, and it’s true. You have the choice for freeplay in this game or to bet anything from .01 cent all the way up to a phenomenal $20.00! This is the perfect game for really big spenders. This reel slots game is based on the DC comics of Batman from days gone by. The graphics are second to none, the animation really brings the game to life for comic book fans.

Of all the characters in the game, Batman’s sidekick has been left out. There is no Robin to be found in this slot machine style game. Characters that are present are Batman, of course, Commissioner Gordon, and The Joker. There are other recognizable symbols on the reels such as the bat signal, the Baterang, the Batmobile, the grappling gun, and several of the Jokers pranks.

You can play the Batman Reel slots in the 888Casino. 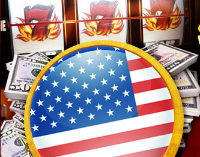 Casino for U.S. Players & Players around the world Visit Now 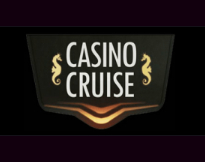 up to $3000 Casino for U.S. Players & Players around the world Visit Now